In the spring of 1987, the Sherwood Park Royal Canadian Mounted Police decided to utilize social drama as a means of increasing community awareness of crime prevention issues. Three research-based dramas were produced from 1987 to 1990, under the direction of Deborah Hurford and the RCMP Crime Prevention/Police Community Relations Unit. Echo Moral (impaired driving, 1987), A Shade of Rain (adolescent suicide, 1988), and Under Broken Wings (family violence, 1988-90) received overwhelming response from audience members. As a result, performance requests from across Alberta became so abundant that the RCMP suggested the artists assume responsibility for the plays.

The Azimuth Theatre Association became incorporated in the summer of 1991.

Since its incorporation, Azimuth Theatre has created and toured numerous productions addressing critical issues in contemporary society. It began by primarily touring new social action Theatre for Young Audiences to rural secondary schools, but also engaged with social organizations to create issue-based work. It operated on a project-to-project basis, remaining flexible to meet the needs of its partners until funding structures changed making touring support more difficult to attain. At that time, along with a fire that forced the company into a new home, Azimuth transitioned to theatre primarily for adults and shifted some of its provincial focus to a more local one, determined to serve the Edmonton community in an impactful way.

From 2001-14, Azimuth built and ran an intimate performance space, the Living Room Playhouse. This was an affordable venue for new work, experimental work, and developmental work, providing space for artists to grow by alleviating some of the financial pressures of producing. Azimuth began supporting and fostering numerous local emerging artists, which developed into the Emerging Company Showcase program, that is still running today.

In 2005, Azimuth founded the Expanse Movement Arts Festival, led by Amber Borotsik and Murray Utas. Its original inspiration was to create movement for a small space, The Living Room Playhouse. It has since expanded beyond that definition and now provides a platform for creators of contemporary, body-based performance, and engages in outreach activities that bring the benefits of movement to other organizations. In 2015, Expanse became a founding festival of The Chinook Series, a festival of small festivals that runs in the dead of winter. This allowed Expanse to stretch out over 10 days and to intersect with more artists, audiences and performance genres.

Under new leadership, Azimuth continues its quest to be an essential contributor to its community by creating new work that weaves refined and relevant questions for today’s society into stimulating artistic tapestries, assisting artists doing interesting and under-supported work, forming new partnerships, and engaging in meaningful ways with other communities. 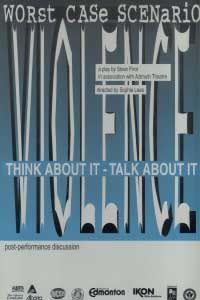 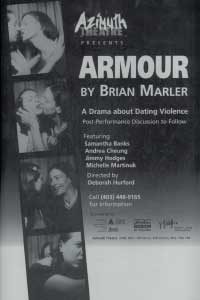 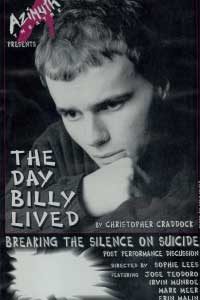 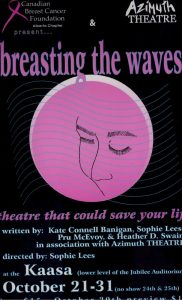